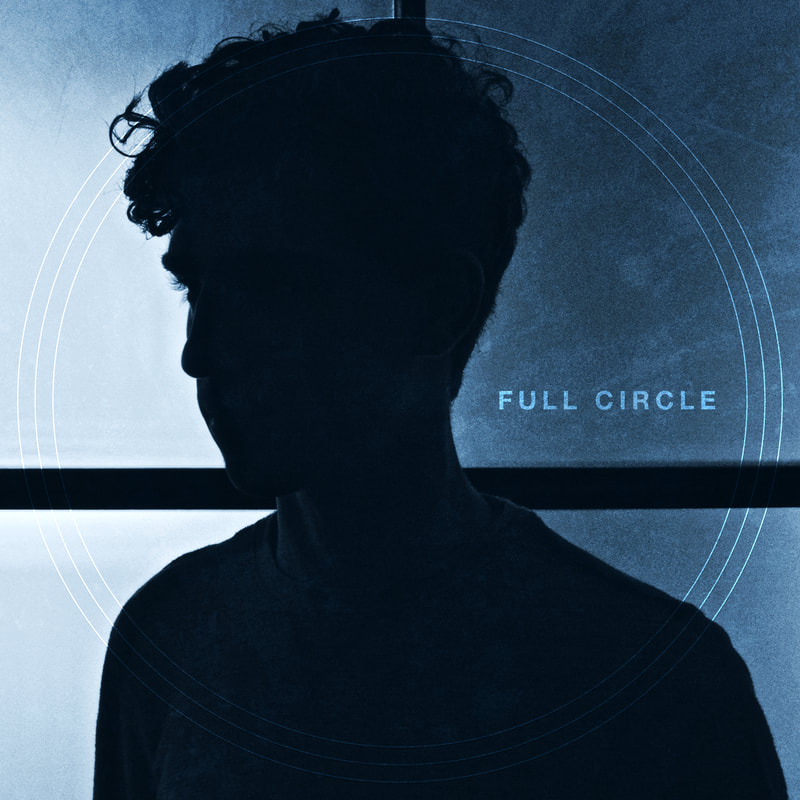 WELCOME TO THE PARTY.

Welcome to the virtual listening party for my upcoming album, FULL CIRCLE. ​
This album has been several years in the making, and it's all coming "full circle" as graduation draws near (this is also my senior project). Over the past several months, I've seen so many things come full circle in my life... answered prayers, lifelong dreams, my college career... and I am continually reminded of the power of reflection, looking back, learning from experiences, and leaving the future in God's hands. This entire album is my attempt at processing through many of the moments and memories from the past few years. I'm honored that I get to share them with you.

While this project won't be officially released until this summer (with some singles, and then a full release), you can listen to the entire album below today! This page will only be live for the next day or two, so check it out while you can.

If you keep scrolling, you'll find some additional info about each song and the thought-process behind them. Feel free to read as you go along, or just sit back and listen. I hope you enjoy these songs as much as I did creating them.
"I just want to create music that makes people think.”

Kairos means “a propitious moment for decision or action.” I believe we are faced with kairos moments all the time, and while much of this life is out of our control, the one thing we DO have control over is how we respond to things. I recently learned about a "full circle" response method that includes observation, reflection, discussion, planning, accountability, and action—in that order. It's an interesting concept because it requires you to take a step back before you can make forward progress. In a sense, this album is my “full circle” response to many of the kairos moments in my life over the past year or two.

“Normal” is a song I wrote during the summer of 2020 when covid-19 forced a lot of people to be apart from each other. I actually wrestled for a long time with how to put my thoughts into words, and I finally just decided to say exactly what I felt. Why can’t things just be normal? I debated releasing this song when I first finished it, thinking that things would be getting back to normal by the time it came out... but I think this sentiment is still relatable today.

“Fall Apart” is an older song (released in 2020) written about how we would quite literally fall apart if it weren’t for the Lord. Even a cellular level, He is who keeps our bodies and souls together. I was reminded of this reality when covid-19 hit and I began to see the danger of placing faith in worldly securities.

"Anything" is a song about this certain type of relationship where you'd do anything for someone, and you know they've always got your back too. I wrote it thinking about my (awesome) wife and the relationship we have, but I am reminded that these kind of all-in relationships are important and valuable across the board. It's a wonderful thing to have friends who've got your back through thick and thin.

This song was one that almost wrote itself, and I think it really stemmed from me being an Enneagram 9 (The Peacemaker). It highlights my fear of conflict and my desire for a peaceful relationship with my wife. We get on the wrong pages sometimes, but I think it’s really important to end each day on the same page. This song is my quest to make sure everything's alright.

“Pixels” is one of my personal favorites on the album. Originally titled “Zoom,” this song is about my love/hate relationship with technology and the fear that we aren’t living life the way it was meant to be lived. Sometimes it feels like we've traded true connection for convenience, and we run at such a fast and unsustainable pace of life.

This song is sort of a response to the media and news these days. I wrote it after the riots at the US Capital on Jan. 6. I saw dozens of people posting on social media saying they had “no words” for what was happening.... and then proceeded to say a bunch of words. Sometimes I think we do too much talking and not enough listening to those around us, and especially God. I think we could all benefit from listening for God's voice before trying to make our own voice heard.

This is a fun one that came from a reminder that God’s kingdom is so backwards compared to ours. Thankfully we serve a God who can transform our hearts and literally turn our lives upside-down.

“That’s Ok” is the oldest song on the record, and it’s funny because I’ve been sitting on this one for such a long time... but the message behind it has never meant more to me than it does right now. I’m not sure what the future holds, and that’s a tough reality to swallow. Faith isn’t easy, but it's ok because I know God has a plan. Shoutout to my good friend Ethan Collins on the guitar.

Some might think it’s odd to put the title track as the last song on an album, but “Full Circle” is all about reflection and naturally this is where it needed to land. With references to several of the songs and voice memos from impactful moments in my life, this song is a reflection of the things I’ve learned over the past few years. As the song says:

"It's funny how He loves us,
even when we're the one's to blame.
I feel like I'm changing
but His Love has always stayed the same,
full circle."
SUBSCRIBE TO THE EMAIL LIST

If you’ve made it this far, thank you from the bottom of my heart for reading and listening to my mess of thoughts from this past season of life. It means more than you know, and I’m excited to share these songs with you and the rest of the world FOR REAL this summer. Until then, I’m honored I could share these moments with you now!


A huge thank you to Bryan Hayes, Kirk Smith, Tommy Lozure, and all my great professors at Visible for so graciously pouring out your time, wisdom, and support during my time at college. I am forever grateful. Thank you to my good friends Sam Chesick, Matthew Parker, Micah Steinborn, Xander Sallows (and even more than I can list) for enduring many versions of these songs and always providing such helpful feedback and encouragement. Both myself and this project are better because of you. Thank you to my family who has always fueled my passion for music and encouraged me to chase my dreams. Hi Mom! A huge thank you to my wife, Brooke, for putting up with many late nights, repetitive songs, and long hours in the studio—and for encouraging me every step of the way.

And thank you Jesus, for taking our place on the cross. I don't understand it, but the mystery of your love gives me plenty to write songs about.

BE THE FIRST TO KNOW ABOUT the RELEASE of ​FULL CIRCLE.